When to Return to Leading Your Family Business During a Crisis 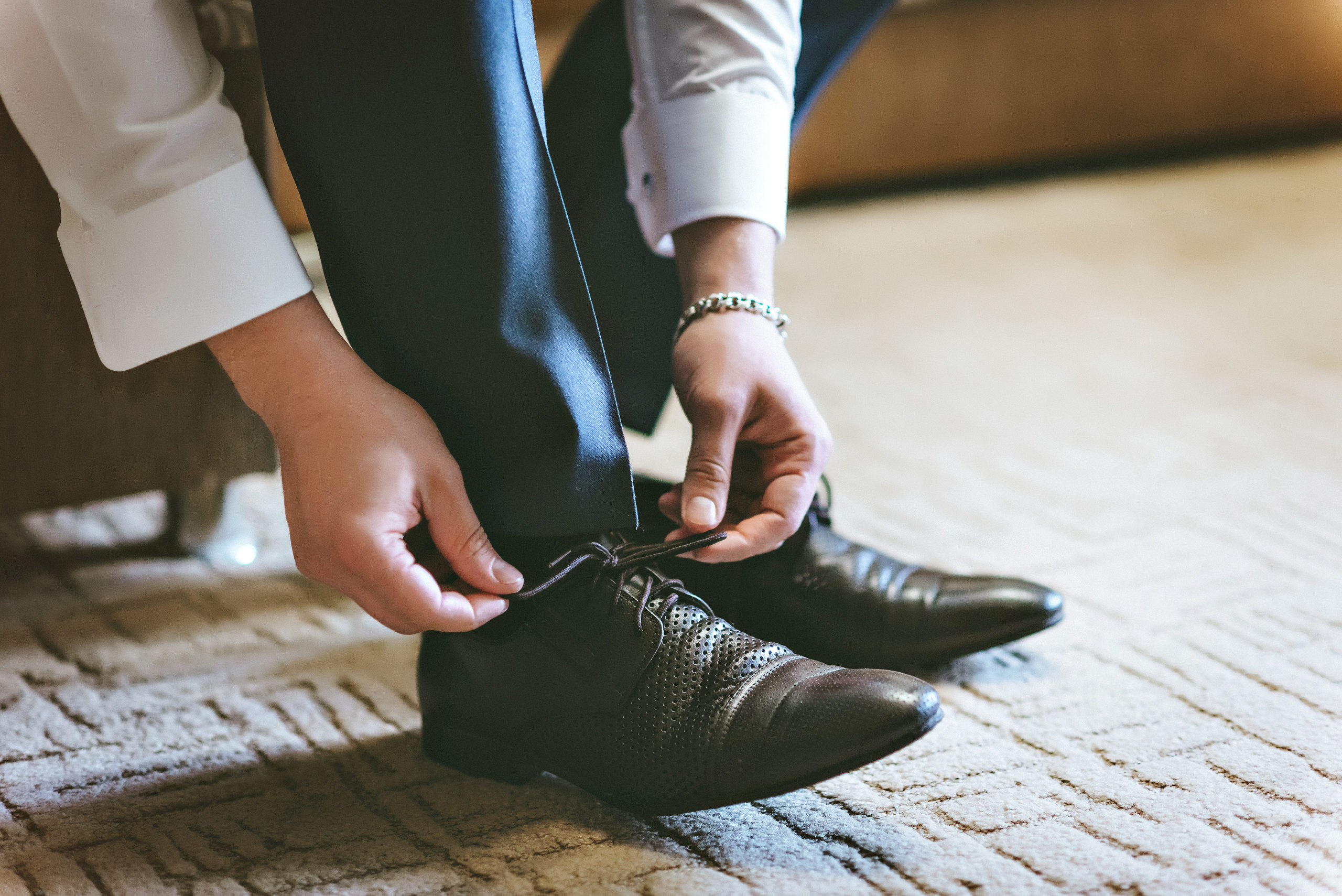 Executive Summary: Effective leadership in the family business means knowing when to step away from the till — and when to step back in. Especially during a crisis. Here’s how to gauge where you will be most helpful.

A few years ago, Mark decided to step away from the successful real estate business he had founded in the late 1970s. He decided to give his son, Peter, a chance to run it. Letting go wasn’t easy, and the process was far from smooth, but eventually Mark completed the handover of the CEO title to Peter and officially walked away. (Here and elsewhere, names and identifying details have been changed for confidentiality.)

By all accounts, Peter did a fantastic job in his first year. He led the management team effectively, put some significant deals together, and gained the confidence of both his lenders and his investors. He began to put his own stamp on the company while staying true to its values and culture. Some employees, especially senior ones, had initially been skeptical, but they quickly gained confidence in Peter’s ability to lead the business into the future.

Although Mark stayed away from the operations, he was available to Peter whenever he had questions. They did not always see eye to eye, but Mark stayed true to his word that he would defer to Peter in all final decisions. Based on our combined two decades of observing leadership transitions in family enterprises, this handoff was one of the most successful our firm had seen.

Until the Covid-19 crisis blindsided the company, that is. The real estate business has been hit particularly hard, as tenants have stopped paying rent, lenders have tightened credit terms, and partners have stopped funding their commitments. Many long-time employees of the company were asked to take salary cuts or furloughed. Every day brought a new crisis that seemed to push the family closer to losing much of what it had built over 40 years.

As the crisis set in, Mark started to step back in to help lead the business through what surely would be the most difficult period in its history. However, Peter was confident that he could handle the challenges and resisted the idea of handing the reins back to his father. A passive-aggressive conflict grew. Peter avoided Mark; in response, Mark went around Peter to gather information and weigh in on key decisions. Their inability to work together created confusion in the organization and slowed decision-making, making a bad situation worse.

In a time of crisis, clarity of leadership is more important than ever. How do you balance years of experience against the need for a new leader to prove himself and learn first-hand — all the while not risking the health of the business, the support of employees, and key business relationships?

For one Brazilian family business, the founder’s decision to step back in led to catastrophe. A few years after taking over from his mother, who had cofounded the firm, Roberto had finally won the hearts and minds of employees, customers, bankers, vendors, partners, and — most important — the other family owners. But when the business hit a rough patch, Roberto’s mother decided to take over. Almost immediately, two factions emerged in the family: one that supported Roberto, and one that supported his mother. Conflict ensued, and decision-making ground to a halt. The business — and the family — never recovered.

How do you know when a founder or former leader should step back in to help? How do you know what level of engagement is right for them? And how do you navigate the transition — and any crisis that follows — so as to balance the founder’s experience and wisdom with the successor’s need for autonomy?

There are several important steps you can take before and during a crisis to help strike a balance between these competing objectives.

To help the retiring leader feel confident that he or she is handing the business over to a family member who is ready for the challenge, try the following.

Get an external assessment of the new leader’s ability to run the business.
It can be difficult for leaders to objectively assess whether their successors are prepared. That’s especially true when a parent is handing the business over to the next generation. It is critical that owners maintain a view of how well the new leader is performing. Seeking a third party to assess the rising generation’s performance is key to the success of any transition. Once in the seat, the new leader stands to benefit from this assessment to support his or her development.

Had Mark and Peter launched such a review, perhaps led by the board, Mark would most likely have learned that Peter had a strong handle on the business and was well-suited to tackling the crisis. And Peter would have learned about his own blind spots, better preparing him for the crisis. Having a qualified third party oversee a new CEO’s performance can depersonalize the process and provide mentorship and support along the way.

Strengthen the lines of communication between the former and the current leader.
During any leadership transition, especially one involving family members, communication is critical. Mark and Peter could have increased, not decreased, the frequency and depth of their communication during and after the transition, enabling Mark to keep tabs on key developments and to relay his thoughts directly to Peter. That would have kept Mark off the front lines, cutting down on confusion in the organization and among its investors during the crisis.

For Peter, the increased communication would have given him the benefit of Mark’s experience running the business in past crises. He could have found in Mark a partner to talk ideas through and express concerns. They could have gotten on the same page, reassuring Mark and giving Peter confidence in his decisions.

The steps below can help former and current leaders, and their organizations, weather the storm.

Respect the lines of authority.
During a crisis, decision-making can become confused — just when it needs to be at its best. After the transition, Mark and Peter settled into a new way of making decisions that was working well — until Mark started to step back in. He used his history with the company and his position as an owner to become involved in major decisions, creating confusion and slowing down decision-making. During a time of crisis, it is critical that the current and the former leaders align on their decision rights and roles.

Sometimes a crisis brings the need to modify how decisions are made. Perhaps the owners need to be more involved in some decisions, or frontline workers need to be more empowered. Such changes should be discussed, agreed on, and revisited on occasion to maintain organizational clarity and efficiency. Peter would have been more likely to seek Mark’s advice if he knew that Mark would not go around him if they disagreed. Mark would have been more likely to stay within the lines of authority if he knew where and how he should be involved and had a forum for exercising his decision rights.

Acknowledge differences in how you see the world.
In any leadership transition, it is natural for the new leader to bring new points of view and ways of doing business to the position. He or she may have different risk tolerances, business interests, or ways of dealing with employees that the organization needs to adjust to. The outgoing leader might find it hard to see such sudden changes in the way business is done. He or she might accept them when the business is performing well but use them to justify reentering the business when a crisis hits.

During their transition, Mark and Peter were strongly aligned on goals and strategy. But the crisis upended the environment in which they were operating and changed their individual goals. As the founder, Mark was most concerned with preserving what he had built. Peter hoped to use the crisis as an opportunity to gain market share. The differences in how they saw the risks and opportunities were at the core of their conflict.

In a time of crisis, it is critical to slow down; jointly redefine goals, strategy, and plans; and communicate about how the new goals are being used to guide decision-making. The revised plan provides objective, newly relevant criteria against which to evaluate the new leader’s performance. The outgoing leader should step back in only if the successor and his or her team are falling short of the updated plan; otherwise, the long-term transition will probably be best served if the outgoing leader respects the lines of authority established in the transition.

After the initial wave of the crisis, Peter and Mark found a compromise. They agreed on a series of changes in how they work together that has seen them through their challenges thus far. First, they reaffirmed that Peter would remain CEO and that Mark would not assume an official role, cementing their long-term commitment to a generational transition. Second, they agreed to meet weekly, and more often at either one’s request, to align on what was happening in the market and in the business and how to respond. Finally, they agreed to add three independent directors to the board, which had consisted only of family members and executives, to get an objective assessment of Peter’s handling of the business and to coach him through the crisis.

The new structure and communication plan gave Peter clear authority to make decisions while keeping Mark as involved as he wanted to be. Perhaps most important, the two agreed that if there were any differences in opinion, Peter would make the final call and keep Mark informed. “In the long run, I want my son to run the business successfully, so even in this crisis, we had to find the right balance,” Mark says. “I want to make sure I can help, but I have to accept that now he’s running the show.”