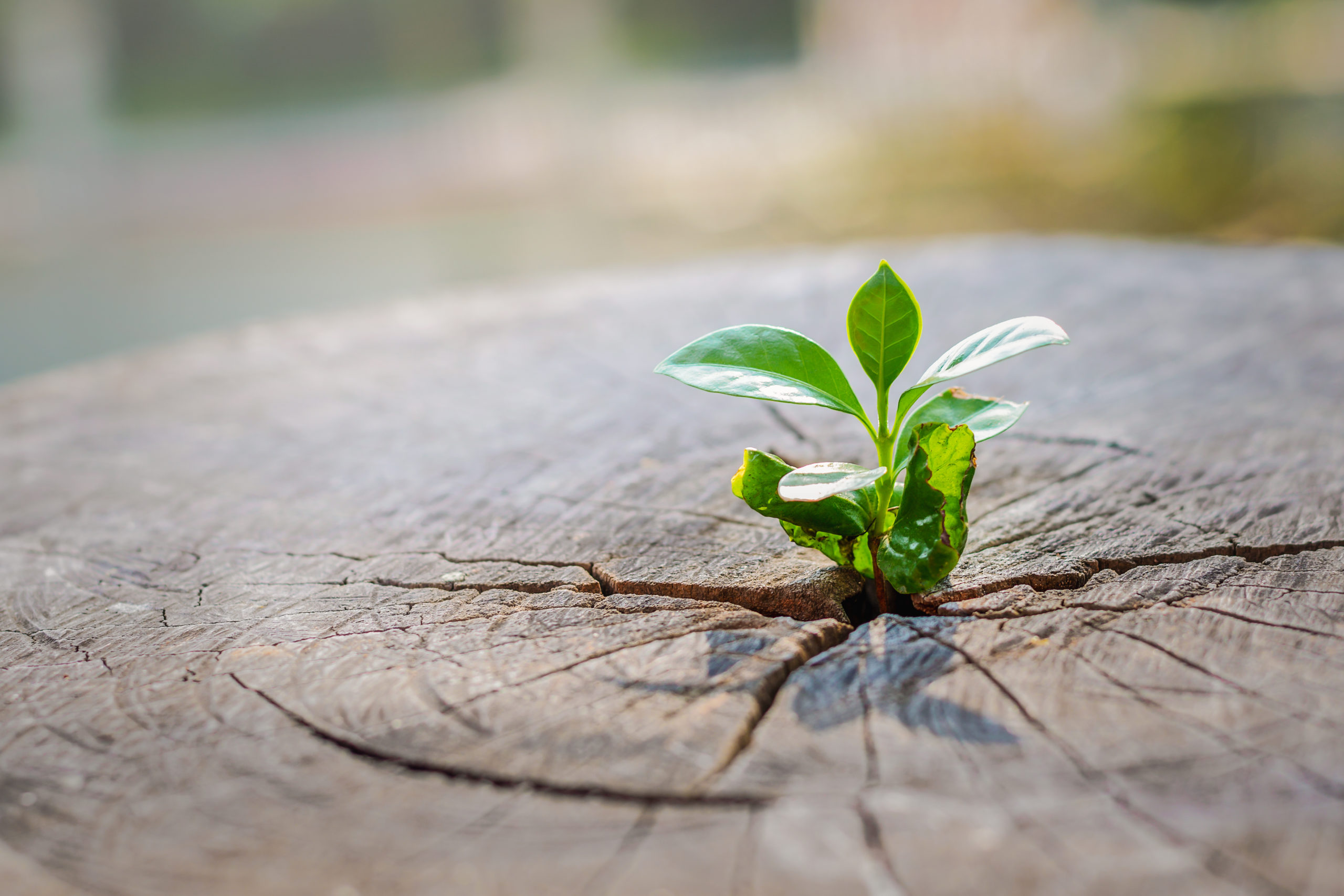 Executive Summary: Your family wealth can be the source of many advantages. It can also be what you most fear spoiling your children. Here’s how to prepare your next generation to be future stewards of the business without unnecessarily treating them like children.

In our society, company founders and entrepreneurs are typically lionized as risk-takers and wealth-makers, while those lucky enough to inherit their wealth are too often stigmatized as “silver spoon in the mouth kids.” Regardless of talent or effort, those dubbed “silver spoon” kids face an uphill battle to be regarded as business heroes and seem fated to remain “kids” in the eyes of their skeptics and senior folks in and around the business. We call this phenomenon the “Inheritance Effect”—the very real consequences that can arise from inheriting business wealth rather than earning it through personal investment or sweat equity. This effect can either push inheritors to work hard to prove their own worth and grow the family legacy or demoralize and stunt their chances for success. Sadly, both can occur at the same time.

When a senior family member gifts wealth to the next generation—whether it’s ownership of a family business or other assets—it always starts with the best of intentions: to give future generations a leg up. But, these gifts are almost always mediated through elaborate trusts and estate plans that are driven more by Internal Revenue Code considerations than the long- term benefits to the next generation. In the monomania for minimizing current tax consequences, patriarchs and matriarchs (and their advisors) lose sight of the long-term consequences of trusts that often will determine the nature of ownership for decades.

The mistake comes not (just) in focusing on how to avoid unnecessary tax consequences, but in assuming that gifting and inheritances are one-time events. In reality, the right way to prepare to transfer wealth between generations involves a long-term process in which your client considers not only the legal and tax structure of his gift but also its evolution in the future: how to best emotionally and psychologically prepare the inheritor (and the skeptics around him) for his future role.

Is your client in danger of triggering the Inheritance Effect in his family? Here’s what to do to avoid it.

The Inheritance Effect is the result of short-sightedness—undervaluing the emotional and psychological factors that will play out for members of the next generation within themselves and the business.

First, a gift can distort the psychological power of ownership. By virtue of receiving a gift (instead of earning wealth), a sense of accomplishment is lost in the transfer. Because inheritors were given something freely, they may no longer have a burning need to go out and attain it themselves. But as a result, inheritors often don’t feel like they’re the psychological owners of the assets; they believe they’re just a placeholder or temporary beneficiary. “My great-grandfather built this wealth. I’m just trying not to screw it up for the next generation” is an adage we hear frequently. This perception can have damaging effects on self-worth. It can even become a self-imposed ceiling, for who possibly could achieve greater success than their noted ancestor? So, why even try?

Even those who do try are seldom given a clean slate where their accomplishments can be judged at face value. Instead, their accomplishments are always held up and compared to the achievements of the generation before. Every misstep is judged, often harshly, for how could a “lucky” inheritor possibly squander the gift bequeathed to him?

Adding to the anxiety for inheritors is the fact that, as Nobel prize winners Daniel Kahneman and Amos Tversky concluded, we have an inherent bias for “loss aversion,” which is more powerful than a desire to win.1 Fear of losing what we’ve been given is more powerful than the desire to gain more. The “gift” of wealth becomes a burden to feel guilty about, a responsibility to look after. As William Kissam Vanderbilt, third-generation descendant of the great Cornelius Vanderbilt, once put it, “Inherited wealth is a real handicap to happiness… It has left me with nothing to hope for, with nothing definite to seek or strive for.2”

Second, the real power over the assets is typically “pruned” during estate planning. When assets are gifted through trusts, the founder chooses how to divide up the privileges of ownership before any transfer is made, often when latter generations are too young to show their true potential. From a patriarchal perspective, this is fantastic—it limits the capacity for mischief or misuse by the next generation and allows the founder to extend his ability to exert control over the asset. But, it has significant consequences as it can also take temporary considerations (“they aren’t ready yet”) and freeze them into major sociological givens for decades (“the trustee is there to protect the business from its owners”). Such sociological and personal intangibles are seldom considered during drafting, but over time, the impact on the next generation is real— often it’s felt as infantilization, lack of trust to manage a sizable asset or real fear of failure.

Third, ownership clout doesn’t automatically transfer across generations. Even if the next generation legally owns the assets, it’s not uncommon for them to be dismissed as “trust fund babies” by the corporate leadership of the family business. We consider “clout” as the authority and respect due to owners. In effect, there’s no form of ownership that carries less clout than beneficiaries of a trust with non-voting shares. Long term, the impact on individual next generation family members and the business can be severe.

We’ve seen, time and again, senior executives and board members of the operating businesses fail to take next generation family members seriously. Even if they grew up in the business, there can be a lingering memory of them as children playing in the office, which somehow gets preserved and diminishes their authority as leaders. Generations who are even further removed may find themselves forced into passivity “for the good of the business.”

We know of several family businesses in which less involved younger generation family members lost control of the business to non-family executives in a series of canny moves. One shareholder group didn’t realize until the eleventh hour that its non-family CEO had loaded the business up with debt in a power move to convince the shareholders to consider an employee-led buyout. When they discovered the extent of his contempt, it was a battle to regain control over the company (which they eventually did, with the help of new independent board directors, but at great financial and emotional cost).

So, what can be done in light of this phenomenon? The trick is understanding that preparing for the legal transfer of an inheritance is just part of a long process to prepare the inheritor to be not only a responsible steward of the family’s wealth but also one with personal drive and ambition to build on it. We’ve worked with many families that have managed to do just that with some thought and long-term planning. Here’s what we suggest:

Guidance to senior generation grantors. This is what we say to our clients:

Importantly, we’re not suggesting you should lavish undeserved praise on young owners, but rather that you should open yourself up to the often painful need to acknowledge the next generation’s growth, even if that slightly undercuts the “great man” cult you’ve unintentionally built among senior leaders in the company over decades. That selflessness is a huge gift, independent of giving shares in trust.

Incentive trusts are a step in the right direction, but they’ve historically been one-dimensional. By rewarding certain behavior, such as graduating from college, with money, they motivate certain behaviors the grantor values. But, they also walk a fine line of puppeteering latter generations’ behavior and possibly forcing them down career paths they might not otherwise have chosen. Instead, consider how to accommodate the interests and capabilities of your beneficiaries as they mature. Could an income-matching program be beneficial (so that a beneficiary with a passion for teaching could find his income suitably supplemented)? How could it be adjusted for qualitative considerations, such as taking a few years off to join the Peace Corps?

We find that so much thought and expert guidance goes into setting up effective trusts and estate plans, but unless all parties put as much thought and planning into setting the next generation up to thrive with that gift, it can be counterproductive, at best, or damaging, at worst. The Inheritance Effect is often seen through the lens of its symptoms (next generations members who flounder or fail to launch). A better way to think about the challenge is preventative: how to correct the problem before it starts.